Is it possible to automate routine tests on power transformers, increasing the reliability and precision of the procedure?

With the TRANSFORMER software, combined with the CE-7012 or CE-7024 hardware, the following tests can be performed:

In it, the user defines, for each signal, a generation channel and a measurement channel according to the configuration of the test equipment. This software is only compatible with the CE-7012 and CE-7024.

With this tool, combined with the characteristics of our hardware, the user will be able to fully automate fundamental tests that were previously carried out in an archaic and inaccurate way. Not counting the post-test where reports can be created automatically. Another important detail is the fact that the software is simple to handle. In it, the user will find connection diagrams to facilitate the connection between the test set and the tested equipment.

In the single-phase relationship test, the user must know the connections of the power transformer, in addition to the vector group. Another input information would be the nominal transformation ratio.

In this test, the user is allowed to register the amount of TAPS that the TR has. With this, the test set will test position by position, sending up or down command with a predetermined time by the user.

Another feature that the software has is to allow the user to measure the empty current of the TR while performing a relationship test.

In the relationship tests, the software by default already performs the procedure at 55 Hz avoiding influences from external inductions. 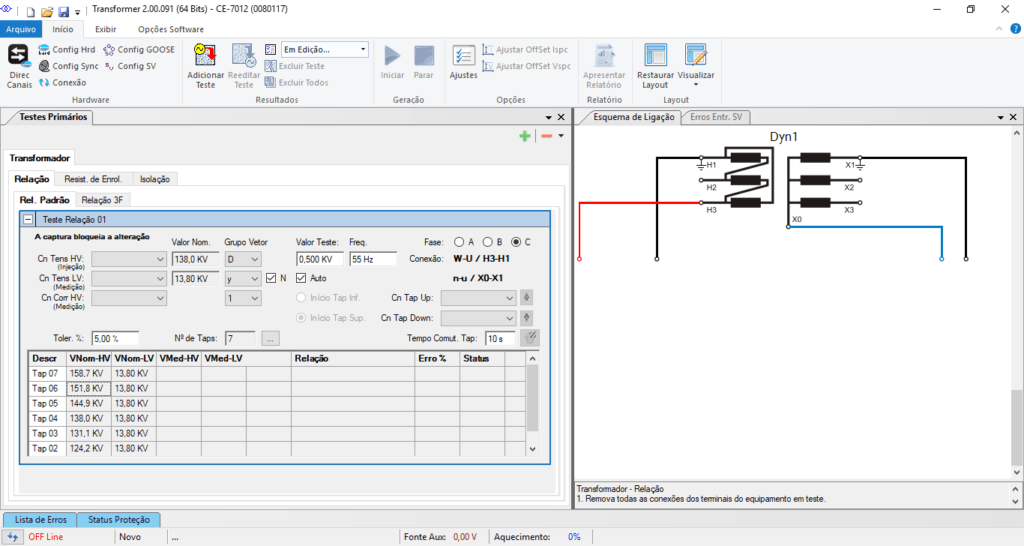 If the user wishes, he has the option of performing the relationship test in a three-phase manner. In this case, it is enough to inform the nominal list and the TAP registration for the test to occur. It is not necessary to inform the lag, this information being a response data at the end of the test. Because it is three-phase, the relationship test is performed on a single connection, giving greater automation to the procedure. 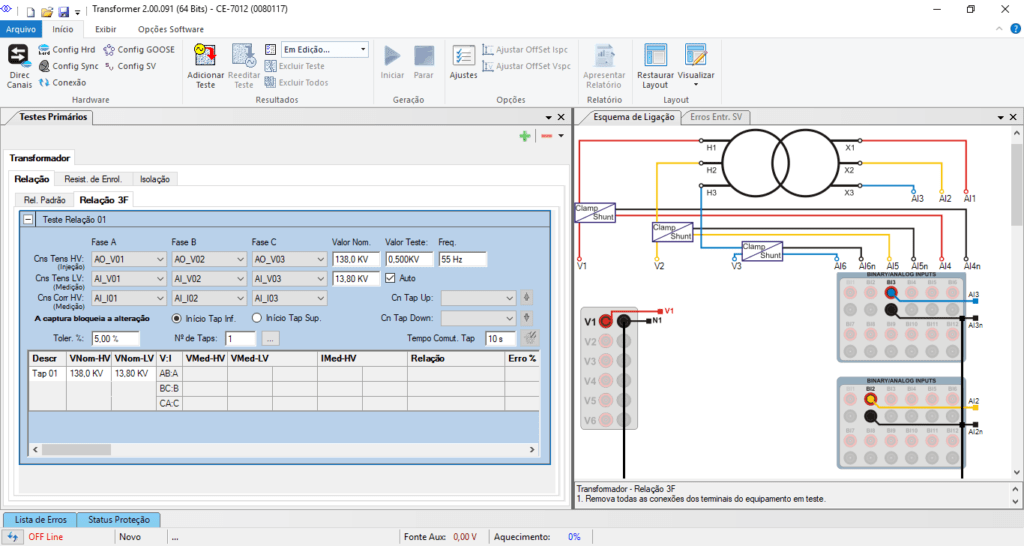 In the winding resistance test, in addition to correcting the resistance value for a reference temperature, the user informs the rated voltages and powers so that the software itself reports the highest current for generation in order not to damage the winding. The aim would be to protect the windings from possible thermal damage. 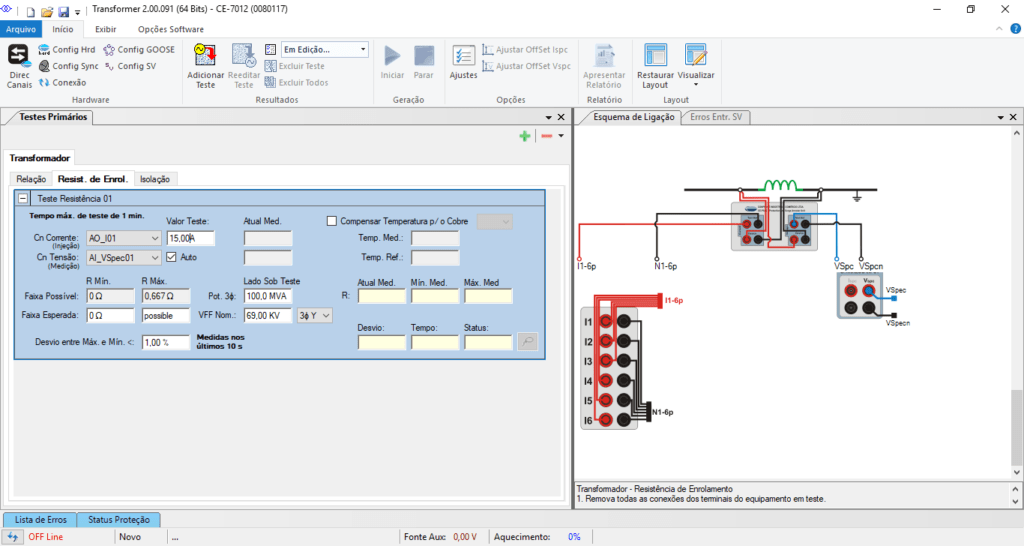 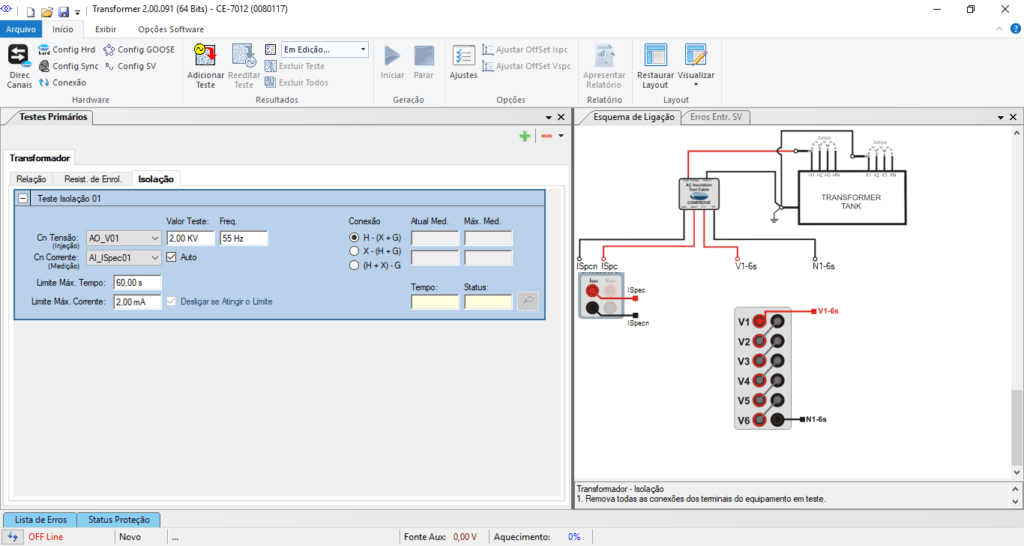