How to test the function of loss of synchronism (78) and power balance (68) with software resources that facilitate and automate the procedure? 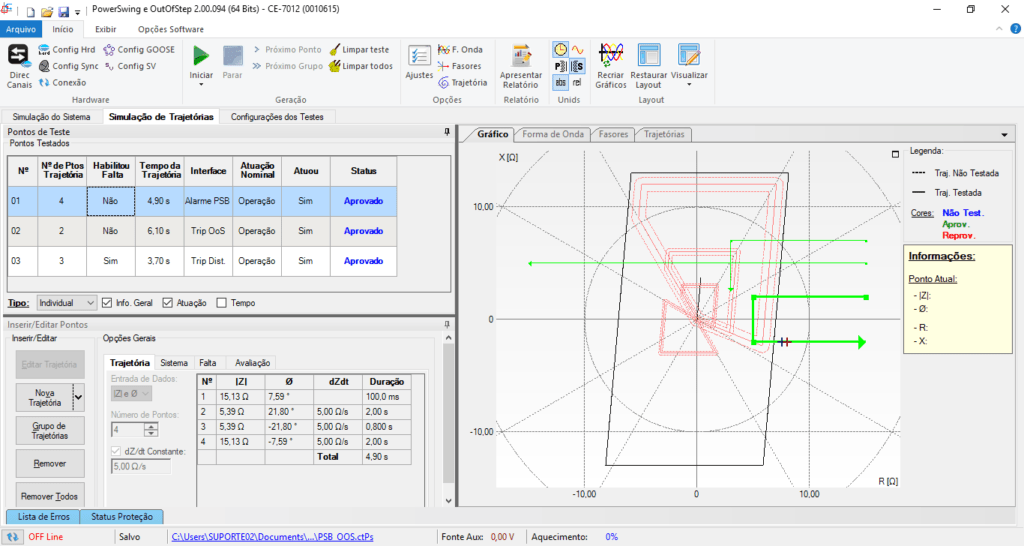 This software performs automatic tests on the Power Swing Block (68) and / or Out-of-Step (78) functions. It allows the user to create his power fluctuation together with fault situations. This allows the Trip of the distance function, the Trip of the Out-of-Step function and the alarm of the Power swing to be evaluated. The first test called System Simulation is done through an equivalent system given by two sources and a line, admitting two situations of oscillations:

The first is Synchronous Oscillations where the sliding angle between the two sources does not exceed 180 °, that is, the frequency of the system varies, but ends up returning to the nominal value. In this situation, it is expected that a blocking of the distance relay will occur.

The second would be Asynchronous Oscillations where the angle exceeds 180 °, that is, there is a loss of synchronism. This situation is expected to trip the Out-of-Set function.

The second test is the Trajectory Simulations where the user defines an initial impedance and creates a trajectory defining an impedance variation with time. Several trajectories can be created in the same test.

For both tests, it is possible to configure which generation channels are directed to reproduce the voltages and currents, it also allows to enable Pre-Simulation conditions 1 and 2 and a Post-Simulation condition. It is possible to specify which binary inputs are responsible for the Power swing alarm, the Trip for the distance function and Trip for the Out-of-Step function.

The software has visualization of trajectories, waveforms, phasors and to further facilitate the analysis, the user has the ability to insert distance zones (with the same features as the DISTANC software) and Blinders. 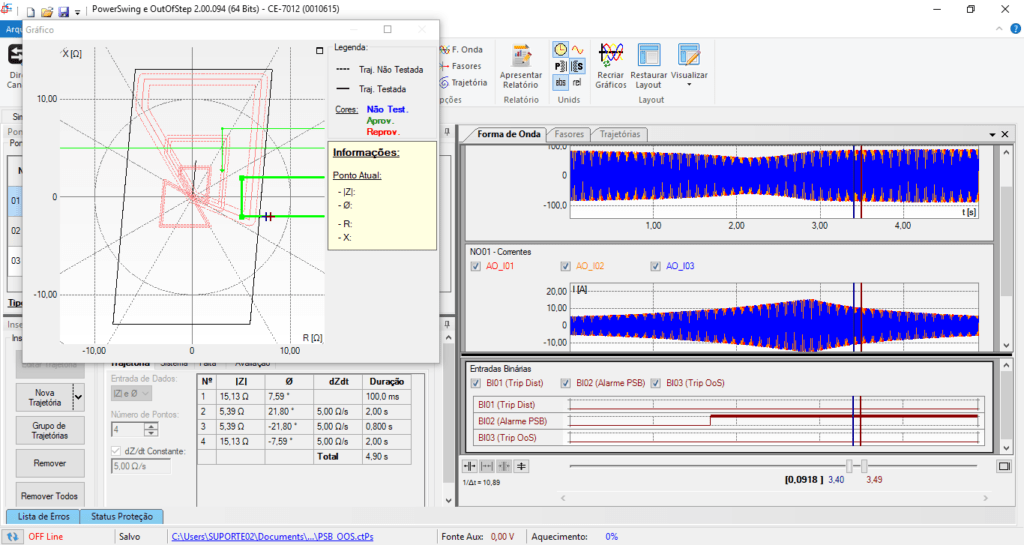