Is it possible to automate routine tests on VT’s, increasing the reliability and accuracy of the procedure?

With the VT software, combined with the CE-7012 or CE-7024 hardware, the following tests can be performed: 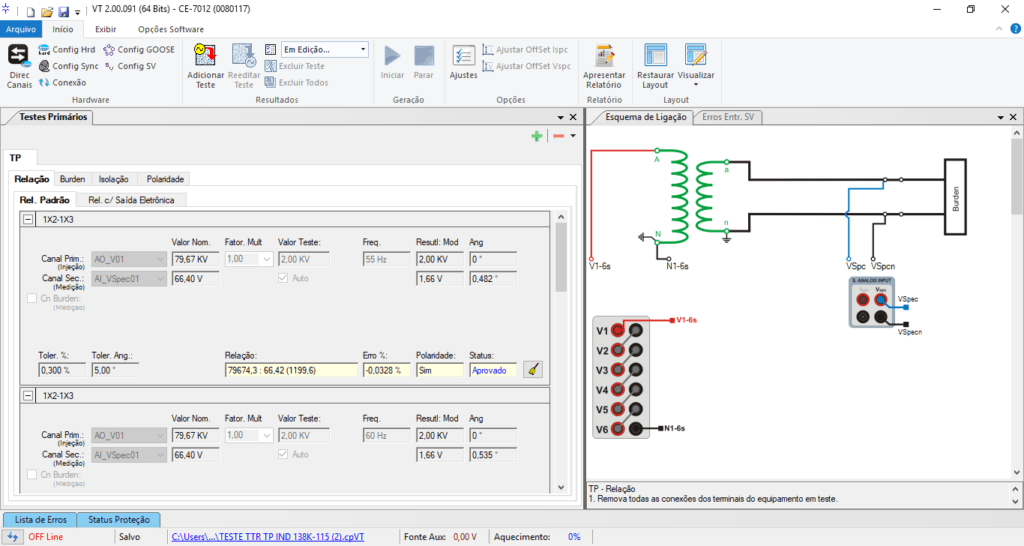 In it, the user defines, for each signal, a generation channel and a measurement channel according to the configuration of the test equipment. This software is only compatible with the CE-7012 and CE-7024.

With this tool, combined with the characteristics of our hardware, the user will be able to fully automate fundamental tests that were previously carried out in an archaic and inaccurate way. Not counting the post-test where reports can be created automatically. Another important detail is the fact that the software is simple to handle. In it, the user will find connection diagrams to facilitate the connection between the case and the tested equipment.

The user has the possibility to carry out the capture of the tests, fully automatically, so that the software controls the generation time and automatically captures the points.

In the relationship tests, it is possible to extract the polarity of the VT and the software by default already performs the procedure at 55 Hz (can be changed, if the user is testing a capacitive VT), avoiding influences from external inductions.

In the burden tests, the user evaluates the condition measured only with the installed load power and load factor.

In all tests there is the possibility of working with automatic switching of scales, further optimizing the procedure and increasing the reliability of the final analysis. 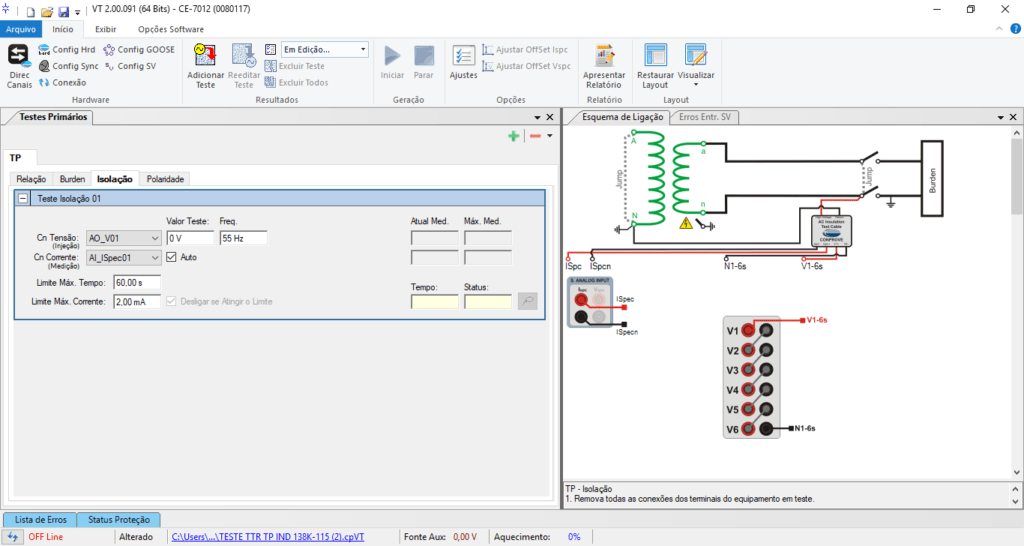