How to test the harmonic blocking function with software resources that facilitate and automate the procedure? 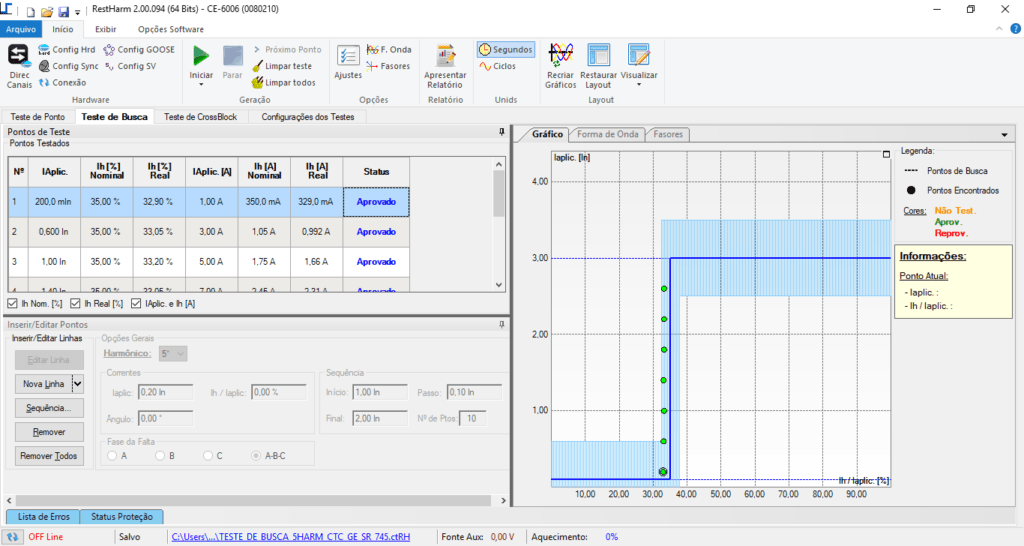 This software allows the user to carry out tests with second (2nd), third (3rd) and fifth (5th) order harmonic currents.

It is possible to perform Point tests (test a triggered point and check its response according to the region in which it is located, and compare the response time with the expected time), Search Tests (Go through the Characteristic of the Restriction Region for the Operation Region and captures the current value at which the relay operates) and CrossBlock tests (Cross Lock, when this function is enabled, the presence of harmonic Current in at least one of the phases of the relay must restrict the operation in the other phases). 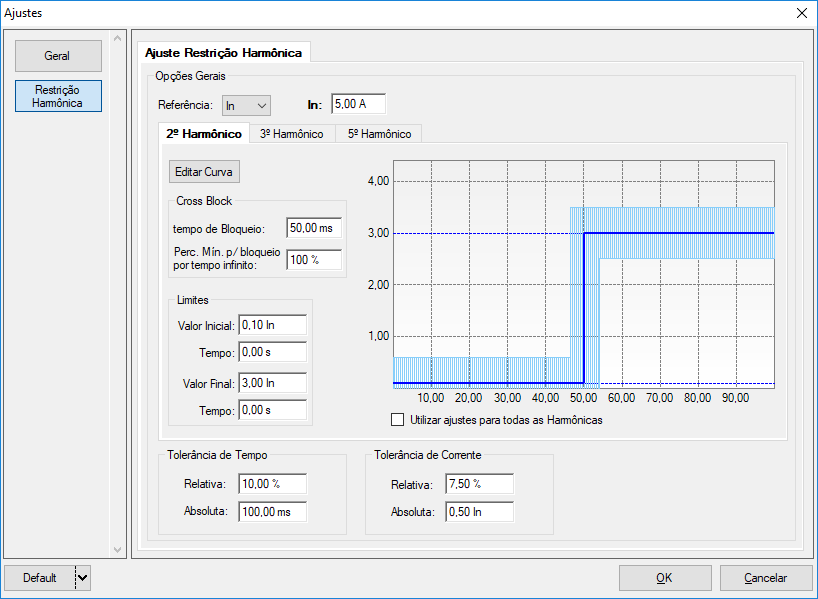 The user can configure the tests specifying which generation channels are targeted for each Phase, can also enable Fault conditions, and Pre-Fault conditions 1 and 2.

With the point test, the user has the possibility to check the actuation time when the block does not occur and also check if the block occurs within its characteristic. The user is allowed to choose in which phases (A, B, C or ABC) harmonic injection will be added to the fundamental. When inserting points, the user can choose to place point to point or use a sequential distribution.

In the search test, it is possible to find the threshold that separates the blocking region from the non-blocking region. Again, the user chooses which phase (A, B, C or ABC) will be used in which the harmonics added to the fundamental will be applied. When inserting search lines, the user can choose to place line by line or use a sequential distribution.

Finally, there is an exclusive test that only CONPROVE performs. This procedure is called “Crossblock Test”. In it, it is possible to gauge the time in which the relay will block the action of function 87 in a situation of applying harmonics in one or two phases (in the non-involved phases, fundamental currents are applied).

To facilitate the analysis, it is possible to visualize the waveforms and phasors for test points or lines. There is also the possibility of applying up to two pre-faults and one post fault.