Used to perform the calibration and measurement of meters.

How to test any type of meter with software resources that facilitate and automate the procedure? 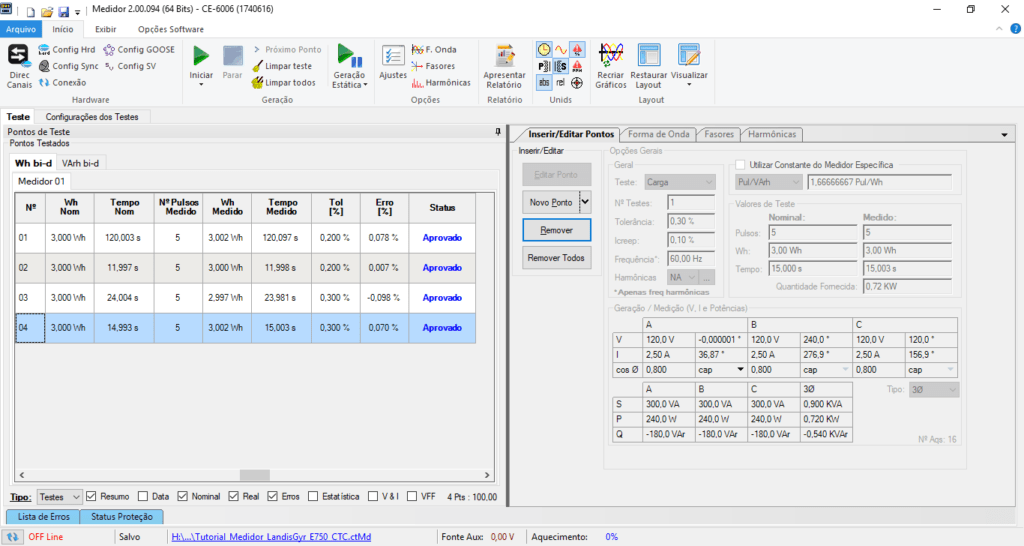 This software performs automatic tests on multifunctional meters (3 and 4 wires), Watt hour, Var hour, VA hour, Q hour, V² hour, I² hour, V hour, I hour. It allows the user to adjust the export angle, the directionality mode (bidirectional, importing or exporting) and the analyzed quadrant. It also allows the user to enter specific data, such as: meter class, pulse / rotation (electromechanical meters), the maximum creep time, the stabilization time, the maximum current, if the test is single-phase and the constants inherent to the meter (pulse / quantity or quantity per pulse) in primary or secondary format.

The user must configure the tests specifying which generation channels are directed to the voltages and currents, he can also enable a reference table to correct the generation errors, in this case, the reference is no longer the generation of the test set, but this table .

The tests allowed in this software are: Load, No Load, Mechanism, Injection and Creep.

A very common feature is the insertion of points using pre-registered standards, among which all the software has, INMETRO 587 and INMETRO 587-VAR I stand out.

The tests available are: Load test, mechanism, injection, no load and creep. For all tests it is possible to visualize the waveforms, phasors and harmonics. 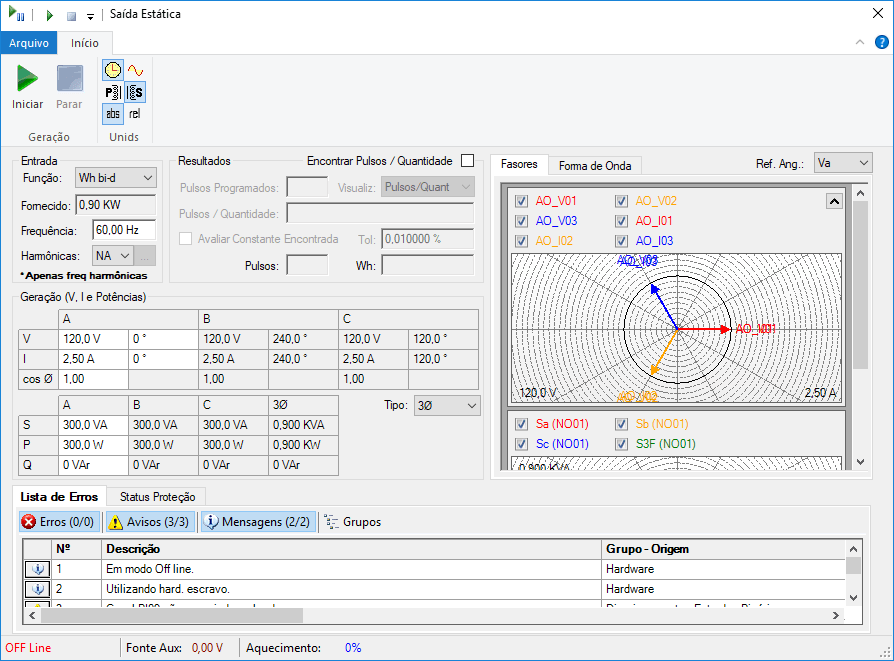 There is the possibility to save / load reference tables, in order to adopt them as a comparison standard.

This software has a feature called Static Generation, in which the user can generate voltage and current signals and capture the consumption pulses in order to try to better position the CE-0SU1 sensor.